We're switching it up a little.

Instead of exploring "Why This Chart Matters", we asked a group of Geopolitical experts to help us understand the geographic constraints that Russia faces, which may help us understand more fully what's currently taking place across Eurasia.

Jacob touched on this in last week's Editorial, "Explained: Russia and Ukraine", but because this is such a relevant topic today, we brought in three new contributors to get a much deeper perspective on why this map matters.

Any traditional map of Russia will show one obvious fact: it is huge. But this topographical map reveals something perhaps less obvious yet no less important: Russia is vulnerable and exposed.

As this map shows, all of the vast mountain ranges which could serve as natural barriers from foreign countries and potential enemies - from the Tien Shan to the South Caucasus range to the Carpathians - lie beyond Russia’s borders. And unlike the United States or Atlantic Europe, Russia’s pathway to the world’s oceans - and warm water ports - is highly constricted. Yes, Russia has access to the Caspian and Black Sea, but these are shared by other (sometimes rival) countries, while the Barents Sea is hemmed in by the unforgiving - albeit warming - climate of the Arctic.

Instead, this map reveals all that Russia has to protect itself and its core territory encompassing the Moscow-St. Petersburg corridor is sheer space. This dilemma explains the Kremlin’s obsession with security and the nature of Russia’s historical expansion in the first place. Having faced invasions from all directions throughout its long and arduous history - from the Mongols of Genghis Khan to the east to Napoleonic France and Nazi Germany to the west to the Swedes to the north - Russia sought to establish geographic buffers as a means of protection. We, therefore, have Russia’s gradual territorial incorporation of Siberia, Central Asia, the Caucasus, and Eastern Europe throughout the Russian Empire and the Soviet Union. That is, until it all collapsed and brought Russia back to size, and likewise back to its geographic and geopolitical vulnerabilities.

Indeed, this map goes a long way in explaining Russia’s contemporary challenges. Whether it’s Moscow’s geopolitical standoff with the West over Ukraine or Russia’s recent deployment of military forces to stem violent unrest in Kazakhstan, a major factor in the Kremlin’s strategic calculus is retaining these countries as buffer states. As the map reveals, Russia has long borders with these states unencumbered by physical barriers. Thus, what happens in Kazakhstan or Ukraine is of vital if not existential consequence to Russia, and Moscow is willing to do whatever it takes to keep these states in its orbit and out of the influence of its adversaries.

And so, Russia looks on, vast in size yet exposed to that which lies beyond its borders.

Russia's geostrategic approach pursues a vertical (North-South) extension of its geopolitical and geoeconomic interests, encompassing the Arctic Ocean and the Barents Sea, spanning its “near abroad” in Eastern Europe and the South Caucasus, and traversing as far as Eurasia, the Middle East, and North Africa. Access to the Baltic Sea, the Caspian Sea, the Black Sea, and the Mediterranean Sea must always be guaranteed and safeguarded.

The western flank, which is the eastern flank for European NATO members, remains one of the most important geostrategic hotspots due to the concentration of Russian population in this area.

The Investment Case for Latin America

Recent global geopolitical developments might just be the necessary catalyst for the region to finally unleash its long-overdue potential. 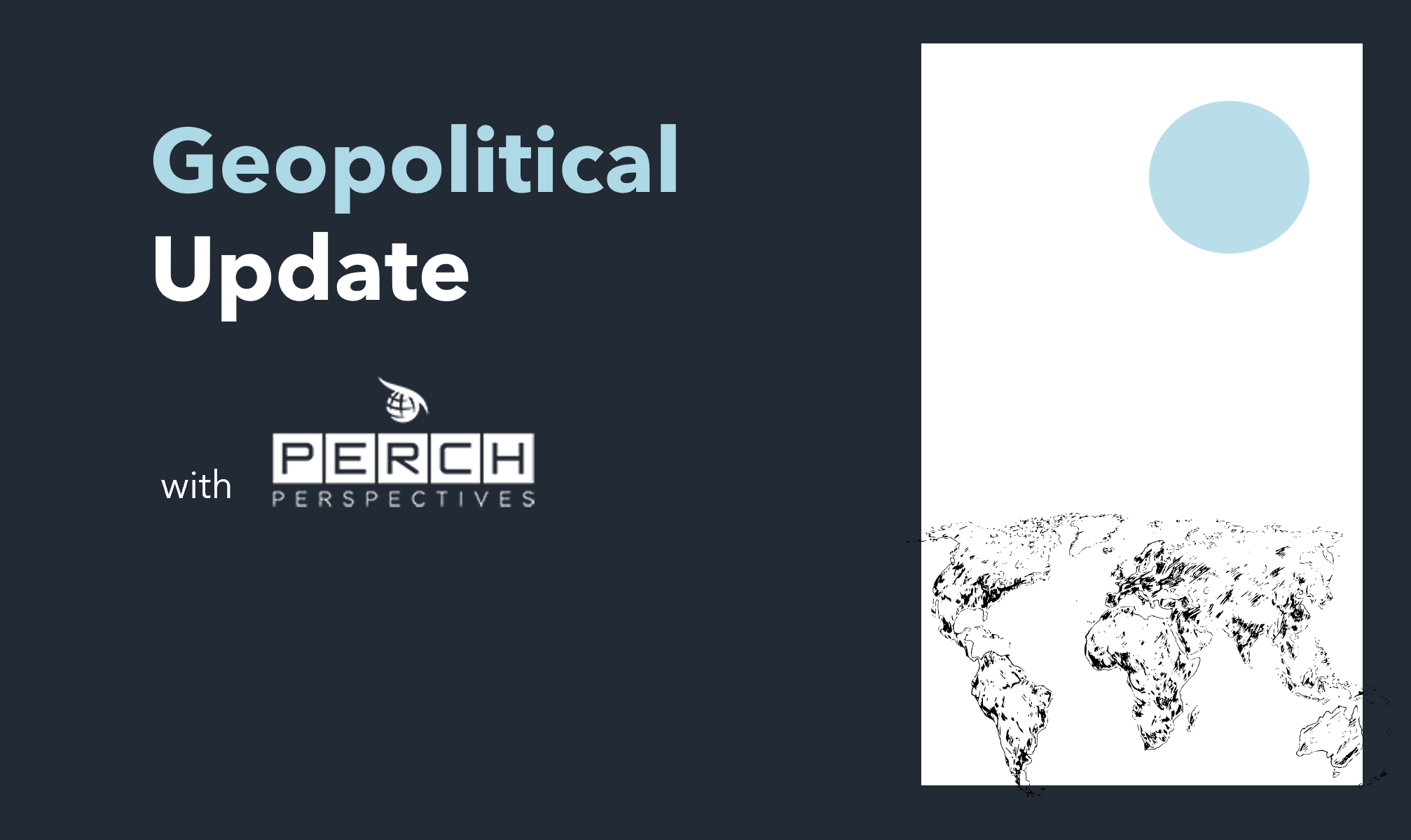 The Geopolitics of Food

The global food system today is at risk.