Bitcoin in the Short Term

Since our initiation of Crypto coverage in March, Bitcoin hasn’t done much (price-wise) besides moving violently sideways (the last 24h have been strong evidence of that). This has led to some frustration for short-term-oriented holders, especially given Bitcoin’s track record of 213% CAGR over the last decade.

The big announcements of companies swapping cash reserves for Bitcoin reserves eased in recent months and well-known investors became less enthusiastic about speaking bullishly of Bitcoin on CNBC. Is the big move done?

Forgive us for the setup question, as we have no idea… What we do know is that, despite making fewer headlines than altcoins (more on this in a bit), Bitcoin has slowly continued to accrue important intellectual capital and institutional interest – this is, to us, one of the most important indicators to follow, as we see it as a proxy for how people much more knowledgeable than us are thinking about the space. Consider the following:

This is all since March of this year.

To be fair, the only real major companies with disclosed allocations to Bitcoin so far are Microstrategy, Tesla (which has stopped accepting Bitcoin for payment), and Square (only a small allocation to it). Whilst this would have been labeled as a “Blue Sky” scenario just a year ago, given the momentum into 2020 year-end and early 2021, it’s not overly dramatic to feel a bit nostalgic due to the lack of new companies moving their cash reserves over.

Bitcoin in the Long Term

Maybe this is where we should take a step back. Bitcoin is still +320% above its level one year ago, significantly above its average annualized rate of return in the last decade.

As a reminder, we explained in our “Bitcoin Foundations without Tribalism” how the most prevalent argument in favor of Bitcoin is for its widespread adoption as a vehicle to prevent currency debasement; said differently, to protect your purchasing power from inflation.

This narrative is based as much on Bitcoin’s technical characteristics (go read the foundations piece) as it’s reflexivity (i.e. if the arguments supporting a narrative are sufficiently powerful, then the narrative itself becomes a driver of reality). In other words, the more people believe the Bitcoin narrative, the more adoption there is, making the bull case for Bitcoin even stronger.

All of this is to say that the best way we have found to digest the thousands of new daily developments is to focus on long-term analysis across cycles, adoption updates and to put price appreciation and volatility in perspective. This isn’t by any means a way to assess if Bitcoin is a valid investment or not, but simply a way to get some directional sense of where we might be going, and why (or, at least, to make the price swings a little more digestible).

For those of you who like to think long term, keep this in mind when prices move heavily against you:

As written by Dan Morehead at Pantera Capital:

“When an investor asks, “Should I buy Bitcoin?”, I answer YES. When they ask if they should buy other tokens, I say YES.  The critical first step is to get off zero – get exposure to something in blockchain.

Bitcoin is a solid proxy for the blockchain disruption.  However, it’s not everything. Bitcoin is about half of the market cap of the industry – but possibly less than half of the future opportunity.”

This is a result of the increased enthusiasm around Decentralized Finance (DeFi), which fundamentally supports the thesis that a new financial infrastructure is currently on the rise, enabled by blockchain technology and constructed in different layers, each of which will have several different projects (and tokens) competing for market share.

DeFi is a real thing (in terms of volumes, at least): there are now $50 billion locked into DeFi protocols and decentralized exchanges facilitate over $70 billion in monthly trading volume. Ethereum, the poster child of DeFi, is now worth more than every US Bank except for JP Morgan. As a consequence of the increased interest in DeFi, stablecoins have risen to prominence given the utility (i.e. liquidity) they provide in the decentralized finance system. The risk embedded with these stablecoins is the uncertainty about what really backs them up (Tether, for example, is supposed to be 100% backed by USD, but in reality, it’s significantly less than that – a real red flag).

A Matter of Energy

Bitcoin fell all the way down to $47,000 in the last trading hours before stabilizing around $50,000 at the moment of writing. Common knowledge attributes this to Elon Musk’s tweet about how Bitcoin is wasteful (in energy terms), which led TSLA to stop accepting Bitcoin payments (we’re not that sure how many Teslas were bought using Bitcoin, but our gut tells us that not that many…).

More important question – how much energy does Bitcoin consume? Currently, around 110 Terawatt Hours (0.55% of all electricity produced). That number becomes significant or not depending on one’s view of how important Bitcoin is for society overall.

That said, we also believe that to be the wrong question to ask. The right question is how much carbon does its adoption emit? That depends both on the energy consumption of the network as well as the sources used to generate that same energy.

A lot has been written about Bitcoin’s energy debate. We recommend you visit this link to see a comprehensive list of articles that provide useful information on this.

And one last thought on this topic. The argument against Bitcoin as an environmental threat seems to always look at it on a standalone basis, and not in a relative context. In this situation, we propose looking at Bitcoin relative to its closest competitor in the ‘store of value’ camp, gold. Does burning fossil fuels to mine Bitcoin create carbon emissions? Absolutely. But remember, its competitor requires fossil fuels to run machinery that pulls raw materials out of the ground (steel, iron, etc.) to then create new machines (mining equipment) that are then shipped around the planet on low-grade fossil fuel supertankers to then rip up the earth to extract it (gold), which is then shipped around the planet on, again, those low-grade fossil fuel supertankers to then sit in a vault made out of more raw materials that were ripped out of the earth.

We’re just saying, everything in life is relative, and this debate should be no different. Have a read here for a slightly more informed look at the comparison. 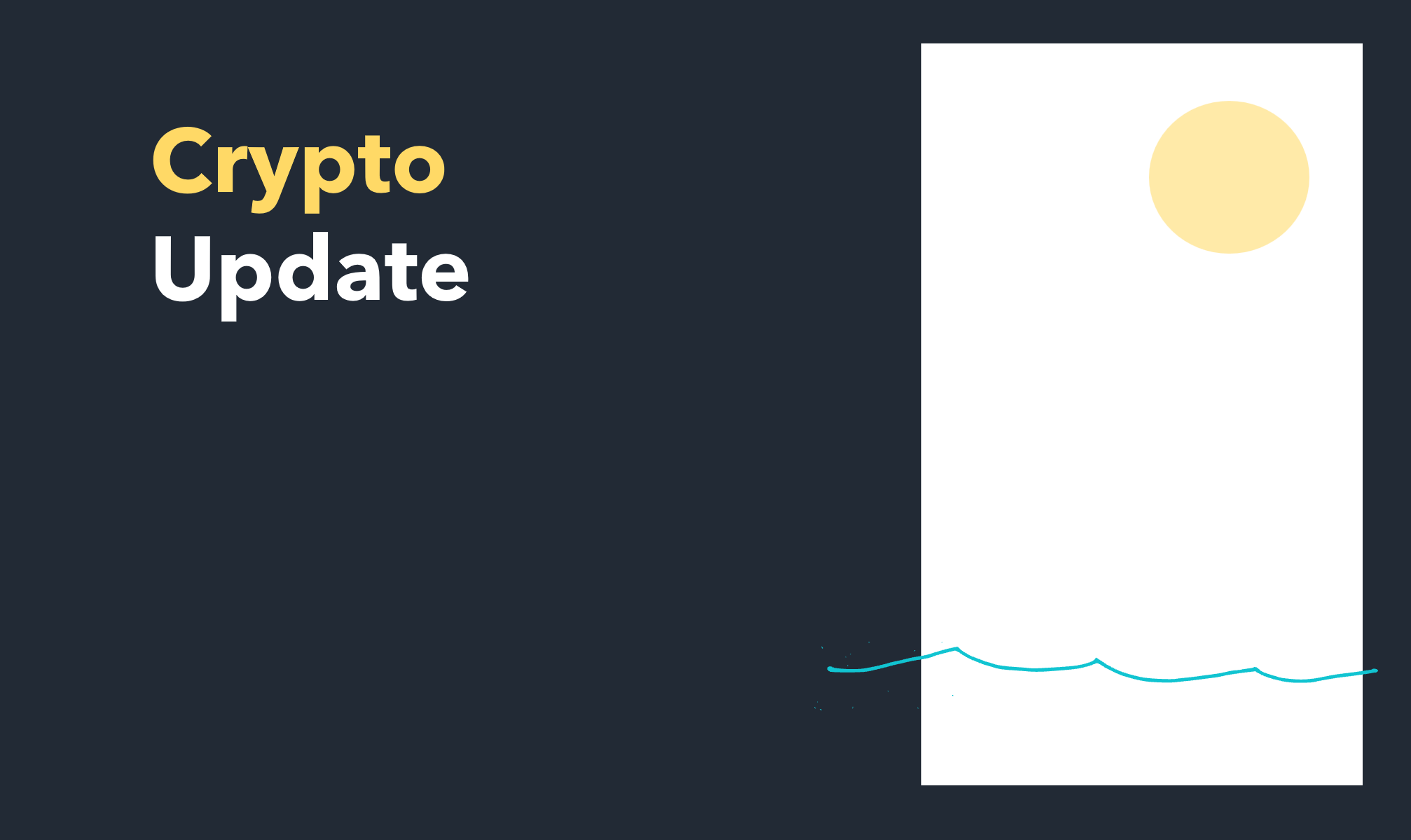 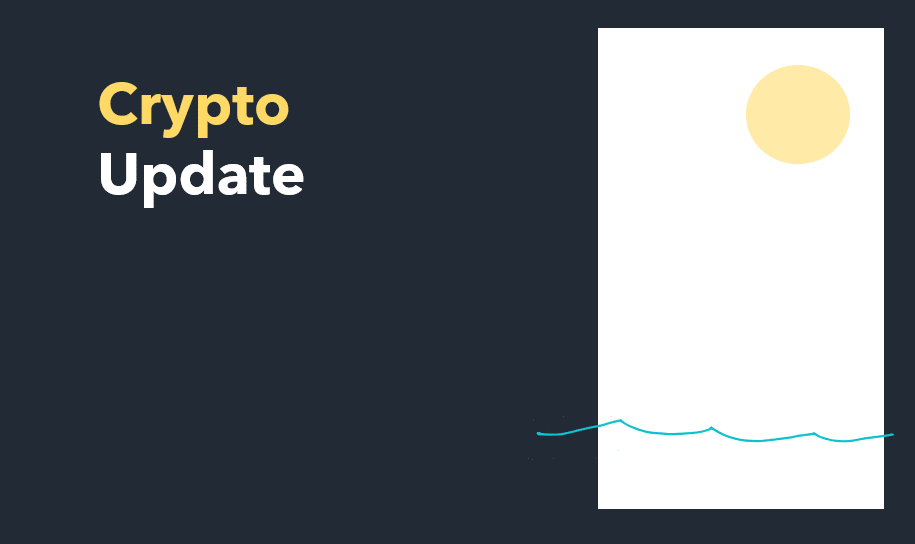